“Molodetc” is the Russian leader in crispbread production. The company exists on the health and wellness food market since 2001.

When normal bread is produced flour is used, made from processed grains. The finished product loses some useful properties: in the process of grain cleaning its bran and germ, which contain many useful substances, are destroyed. Therefore the result contains a poor nutritional value, but a high-calorie substance, which is endosperm.
In a short period of heat treatment, which lasts for a fraction of a second, nutrients of grains are preserved to the maximum extent!
Whole grain products will be useful for those who dream of a slim figure. They put to sleep the feeling of hunger for a long time.
Thin whole wheat Borodinskie crispbread
Whole wheat technology is used to produce Borodinskie. But there are some differences. The first — additional forming belt, which makes crispbread thin and crispy. Second — the following ingredients are added to the recipe: rye malt, ferment malt and coriander.
The taste of Borodinskie crispbread does not differ from the traditional Borodino bread.  added dried natural garlic in the recipe of “Borodinskie” crispbread with garlic 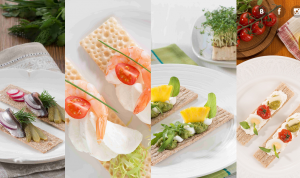 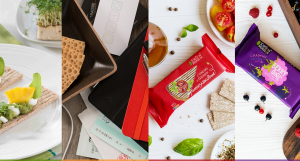